Journals through the ages.

It's about four months overdue, but this is a post I've wanted to make for a while. I went back home for Christmas, and was able to get my hands on my journal collection. I took a ton of photos and wanted to share them with you.

As always, this post is image-heavy :) Admittedly, I don't have a lot of things to say about these pictures and debated not posting them at all... but I thought you might like a little peek at some of my earlier volumes.

I've almost finished my second journal of the year, and I'll try to share pics of it soon. For now, I hope you aren't too bored or disappointed with today's offering...

So these are all my journals, aside from a couple of the very, very early ones that I lost. Let's see if I can explain them! The first three cover high school at various points (up to about age 15...), there's a moleskine tucked in to the right of the purple one, which was my first ever embodiment journal. I went by othela back then :) That was 2007, up until the journal to the right of the lime green one. 2008 was up to the thick, short one with the amber knob, which was 2009. 2009 had only three volumes. The orange spiral one, up to the tall spiral one, were 2010. Then there was a bit of a gap (I used the one slotted in to the left of the bright pink journal on and off until I left for Japan). The short one next in line was the first one I posted here as arantia. You already know about that one and all the ones that followed it! There is one more journal that I have here in Japan that is sort of a retrospective photo collection of my first month or so here, but I never finished it!

The earliest journal still in my posession. It's terrible drivel and I won't post any of it!

From the inside of my first embodiment journal.

Tail end of some revision notes for... Nietzsche, I think. My Master page was much more extensive... 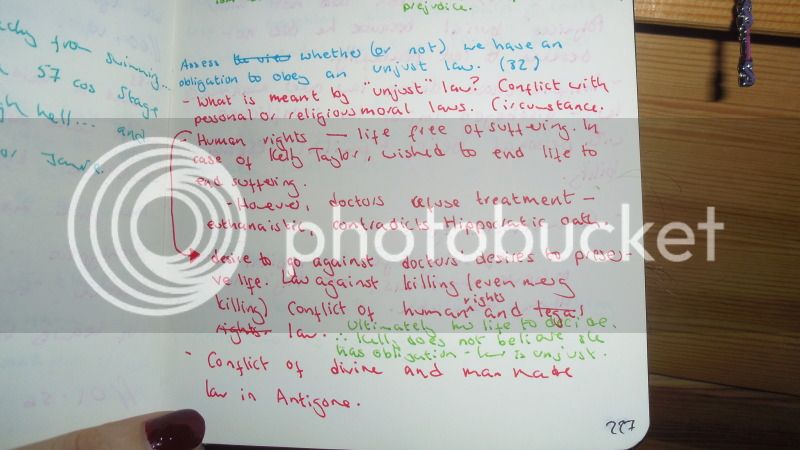 Notes. I used my journals a lot for revision notes... I may be wrong, but I think these were actually both philosophy questions. Why I was discussing English literature in the top one I have no idea.

On to the second journal. I coffee-stained a whole bunch of pages, so that's what that is!

Embarrassing, highly unflattering picture of me with MP David Blunkett, made even more embarrassing by all those floating hearts ;A;

Possibly the only substance that could make the vending machine coffee almost palatable. Though it came out almost green on several disturbing occasions.

Journal three! We were gearing up for our A-level exams, so this journal was mostly revision notes.

POLITICS. I was re-sitting Athenian Democracy that year, as well as taking Philosophy of Politics. I would not have, had I had a choice in the matter. I am happy to announce that I CAN spell shield now.

Nope, I don't know what a Zeugite is either...

Love me some Odyssey. 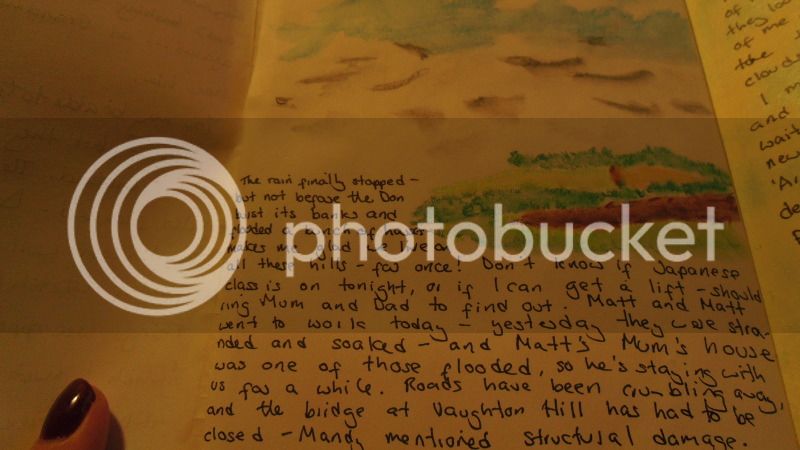 We had a ridiculous amount of rain that year, and parts of Sheffield had waist-deep water. I was taking a Japanese class that year :)

And then I changed to a moleskine cahier...

Extremely fuzzy "I got into University!" Entry. Not the best results in the world, but then I DID break my foot on the first day. I can do English in my sleep, but Classics and Philosophy are very hard work when you're in pain, so I was very happy with the result.

Hanging out in Cornwall with my parents...

From this journal, I learned that I don't like small, spiral-bound diaries. But it was still very, very cute.

I do believe I got this one in an embodiment-pif swap!

Knock-off moleskine. I started this one in November, I believe. This is still of my first year doing embodiment.

An article on Rachel Weisz, I think. One of my first "stick-ins" 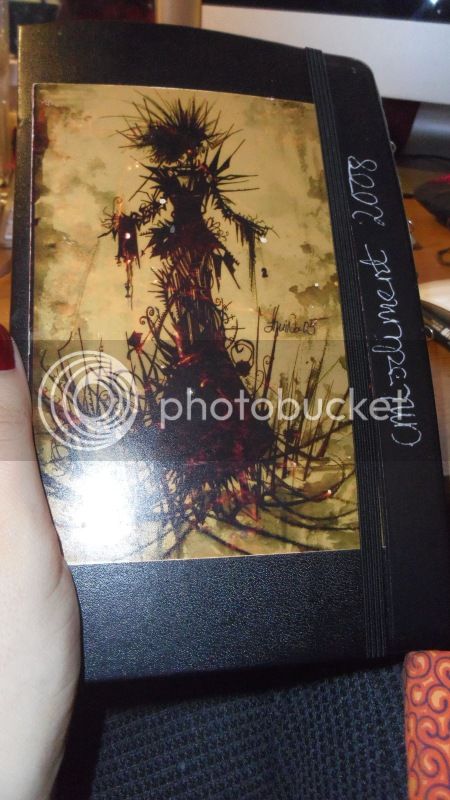 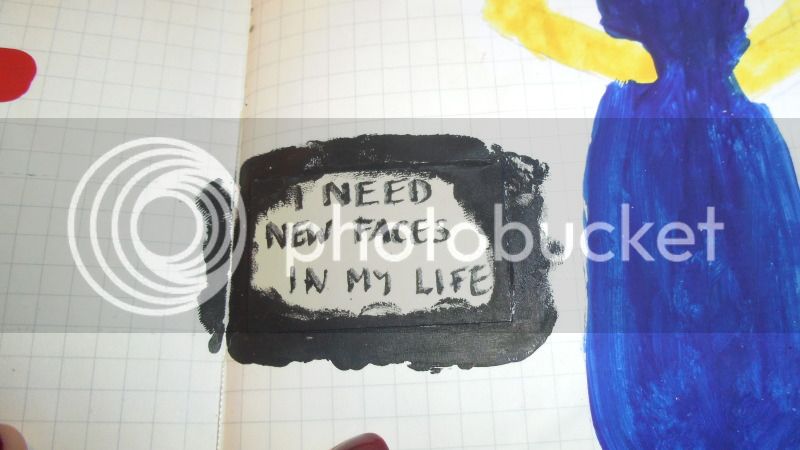 I started experimenting with paint, and I sucked at it!

I did, however, find myself to be rather adept at collaging.

I just realised that I can read most of the characters in the background. Yay! 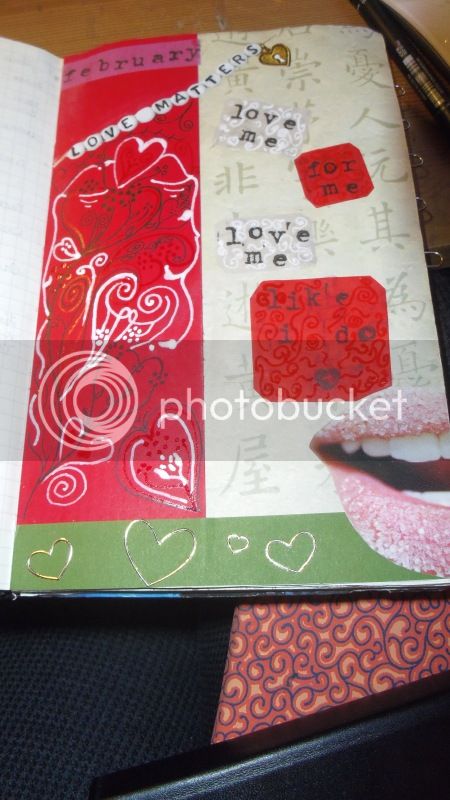 I fear I may have skipped several volumes, because the next photo in my album is of this journal, which I started in December 2008 just before new year... 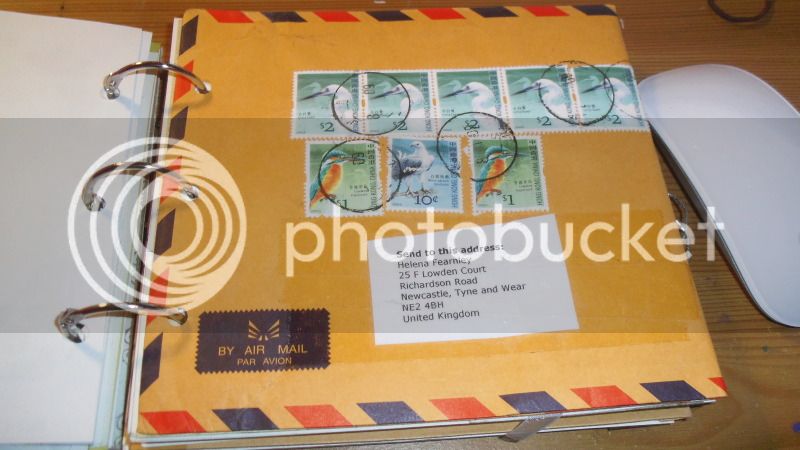